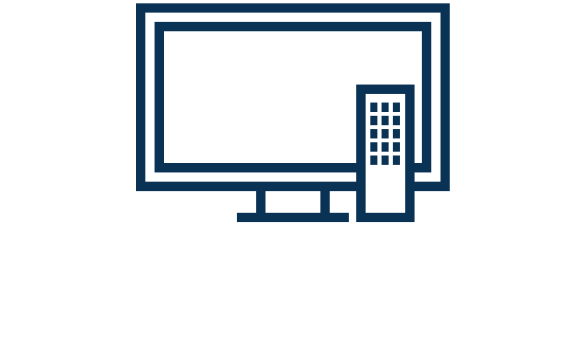 Nothing’s better than resting on your comfiest couch, having a drink in your hand, and watching your favorite show you’ve spent the entire day waiting for! But, wait a minute! Do you have the specific channel that’s airing the show tonight? Does your provider’s TV plan include it in the channel lineup? What if it’s not there when you turn your TV on? You should be pondering these questions when going for a TV plan from your provider.

Instead of losing your cool later with not having your desired channel or knowing that it was removed from the lineup, it’s better to do it beforehand. And chances are your cable provider will make it relatively easy for you to do so. For instance, the Xfinity channel lineup holds an organized list of the channels Xfinity is offering. It all makes it easier for the customers to know which plan they should choose that is catering to their needs in the right manner.

Check out the following 5 reasons, and you’ll understand why we’re stressing it so much:

1. Gives You A Channel Count

According to an estimate by marketingprofs, an average American views only 9.6% of the total channels they receive in a lineup. That’s 9-10 on average from a lineup of 200+ channels. In some cases, providers offer more channels than streaming services too.

Take the Xfinity channel lineup for instance. It offers more than 185 channels with 30 most-watched channels in the US and around 80 channels more than streaming services such as YouTube. In addition, Xfinity also has a different channel count for different packages it offers.

If you consider this for other providers, the lineups they offer, and the amount you’re paying for the number of channels, it’s probably beneficial to know the lineup beforehand. You’ll simply choose the one that offers your desired channels, avoiding paying excessively for channels you don’t even view.

Adding more to your nightmares with sincere condolences; what if your provider plans to change the lineup, without telling you? Yes, you might be having goosebumps but that’s something to think about.

According to the Federal Communications Commission FCC, a cable company can alter its lineup, even if you’ve subscribed to the service. Although the commission states that the company has to give a 30-day prior notice, some circumstances can enforce the change without the notice.

All of this means that there’s a good chance that you’ll not even know when the lineup would be altered. Probably you’ll be getting the service without the channel that you actually wanted. Simply put, you can contact customer support in case of any changes occurring in the lineup that weren’t informed.

The support will have to give some edge to you for announcing such sudden uninformed changes. You’d probably get some sort of discount too. Anyways, stay knowledgeable to get the best out of your lineup.

3. Picking the Right Provider Works Out

We all know that several providers are offering superb TV plans, great pricing, and whatnot. But who to choose? How to differentiate between the choices? That’s where having channel lineup knowledge comes from.

It’s pretty obvious, right? When you know what other providers are offering, you can simply check and pick the right one according to what you need. Moreover, you can also check for various other perks such as the provider’s reputation, customer service, and so on.

All of this makes it easier for you to pick an optimal choice for your entertainment needs. After all, no one likes to switch from one service to another, searching for that golden apple. Therefore, if you want to settle with the right one, know its channel lineup before opting for its services.

4. Can Easily Bundle the Service

One thing’s for sure: customers like to go for bundle services, which is why companies offer bundles alongside individual services. According to stats, more than 65% of consumers tend to go for bundle subscriptions because it’s actually beneficial for them in terms of acquiring services from one provider.

In addition, customers deem it a good way of acquiring services since it’s easy to get more services without boggling their minds into various options. Plus, it allows them to customize their demands in one way or another, into something that will meet their positive ‘marginal utility’ value.

When it comes to channel lineups, you can easily choose the right bundle from the same provider. If you think your provider is offering all your desired channels in its lineup, has a good repute when it comes to overall servicing, and you’re looking for an internet and phone connection too, then what’s the harm in choosing a bundle?

You can pick the bundle with the desired channel lineup, get reliable internet and phone service, alongside, and probably save some bucks instead of going solo for everything.

Therefore, know the channel lineup beforehand if you want to spend wisely. Otherwise, there’s a high chance you’ll be paying for content you don’t even know the origins of.

Well, we hope, with the abovementioned points, we were able to reason with you regarding why you need to know the channel lineup beforehand. Just keep these points in consideration whenever you go for a service, and you’ll be sorted for sure!

How to Buy the Perfect Mattress For You ?

10 Ways to Stop Thinking About Someone for Good